https://jyllands-posten.dk/international/europa/ECE11182548/ungarns-leder-tilbyder-stor-skatterabat-for-at-faa-flere-boern/
-------
Hungary's leader offers great tax rebates to get more children
Hungary's leader will reduce immigration and ensure "the nation's survival" and ask Hungarians to feed many children.
The birth rate in Hungary has fallen to 1.45 children per woman.
There is a need for each woman to give an average of 2.1 children to keep the population up.
- This is the Hungarian response, not immigration, says Orbán.
-----------
Ungarns leder tilbyder stor skatterabat for at få flere børn
Ungarns leder vil mindske indvandringen og sikre "nationens overlevelse" og beder ungarere føde mange børn.
Fødselsraten i Ungarn er faldet til 1,45 børn per kvinde.
Der er brug for, at hver kvinde føder i gennemsnit 2,1 børn for at holde befolkningstallet oppe.
- Dette er ungarernes svar, ikke indvandring, siger Orbán.
Top

It linked to this great video:
Superpermutations: the maths problem solved by 4chan - YouTube
https://www.youtube.com/watch?v=OZzIvl1tbPo
Cheers.

yas I noticed this
Top Insects are dying ...
https://www.sciencedirect.com/science/article/abs/pii/S0006320718313636
https://www.bbc.com/news/science-environment-47198576
https://jyllands-posten.dk/nyviden/ECE11187315/forsker-hvis-insekterne-forsvinder-vil-det-faa-katastrofale-foelger-for-menneskets-overlevelse/
Researcher: If the insects disappear, it will have catastrophic consequences for human survival
The latest study is only one in the series of studies that have pointed out that insects are facing a grim future.
Forsker: Hvis insekterne forsvinder, vil det få katastrofale følger for menneskets overlevelse
Den nyeste undersøgelse er kun ét i rækken af studier, som har peget på, at insekterne går en grum fremtid i møde.


Russia Internet ON / OFF
https://www.bbc.com/news/technology-47198426
Russia considers 'unplugging' from internet
Russia is considering whether to disconnect from the global internet briefly, as part of a test of its cyber-defences.
The test will mean data passing between Russian citizens and organisations stays inside the nation rather than being routed internationally.
A draft law mandating technical changes needed to operate independently was introduced to its parliament last year.
The test is expected to happen before 1 April but no exact date has been set.

https://jyllands-posten.dk/international/europa/ECE11185269/norges-efterretningstjeneste-rusland-er-blevet-en-trussel-mod-civile-fly/
Norway's intelligence service: Russia has become a threat to civil aircraft
Russian gps disturbances can have consequences for aviation and emergency vehicles in Norway.


something different about insects , colour red
http://www.bbc.com/culture/story/20180202-the-insect-that-painted-europe-red
Truly vibrant red was elusive for many years: until a mysterious dye was discovered in Mexico.
Devon Van Houten Maldonado reveals how a crushed bug became a sign of wealth and status.

'Free' apps cost hundreds of euros without you knowing it
https://www.ad.nl/tech/gratis-apps-kosten-honderden-euro-s-zonder-dat-je-het-weet~ae5a9ef4/

Android users must pay attention to the Play Store.
Apps that offer a free 'trial subscription' will charge hundreds of euros unannounced after the end of that period.
Google does not do anything for the time being.
Among other things, the app with the name Voice Recording Free participates in these practices.
Once you have installed the app, you will be asked to start the free trial subscription.
If you do not cancel this subscription within three days, you will receive a bill of 210 euros.
That happens monthly.
If you do not realize that the money is being debited, the bill may rise sky high.
Other apps such as UnZip and Flashlight also offer the subscriptions.
The most striking thing is that the payment is not even for functionality, but for removing advertisements.
So you only pay for not seeing advertisements.

20190213 EU Internet Copyright ...
https://juliareda.eu/2019/02/eu-copyright-final-text/
Moments ago, negotiators from the European Parliament and the Council concluded the trilogue negotiations with a final text for the new EU Copyright Directive.
For two years we’ve debated different drafts and versions of the controversial Articles 11 and 13.
Now, there is no more ambiguity:
This law will fundamentally change the internet as we know it – if it is adopted in the upcoming final vote.
But we can still prevent that!
Read on for details about the text, how we got here and what to do now....

check the waste in orbit
http://stuffin.space/
STUFF IN SPACE -- You can rotate the globe with the cursor.
You can zoom in and out.
With the mouse, touch any point with the cursor, and the revolving object's orbit will be shown.

Selling 911 location data is illegal—US carriers reportedly did it anyway
https://arstechnica.com/tech-policy/2019/02/att-t-mobile-sprint-reportedly-broke-us-law-by-selling-911-location-data/
Three of the four major wireless carriers have been accused of breaking US law by selling 911 location data to third parties.
AT&T, T-Mobile, and Sprint sale of GPS data called "unquestionably illegal."
Around 250 bounty hunters and related businesses had access to AT&T, T-Mobile, and Sprint customer location data, according to documents obtained by Motherboard,
The documents also show that telecom companies sold data intended to be used by 911 operators and first responders to data aggregators, who sold it to bounty hunters.
The data was in some cases so accurate that a user could be tracked to specific spots inside a building.

https://www.sco.tt/time/
#LockTheClock - Stop Changing Clocks for Daylight Saving Time
The official site of the movement to quit changing clocks in and out of DST.

20190314
https://www.nytimes.com/2019/03/14/business/boeing-737-software-update.html
Boeing Promised Pilots a 737 Software Fix Last Year, but They’re Still Waiting
A delay in a software update after a Boeing 737 Max 8 like this one crashed in Indonesia in October is being scrutinized after the crash of another Max 8 in Ethiopia last weekend
Weeks after a deadly crash involving a Boeing plane last October, company officials met separately with the pilot unions at Southwest Airlines and American Airlines.
The officials said they planned to update the software for their 737 Max jets, the plane involved in the disaster, by around the end of 2018.
It was the last time the Southwest pilots union heard from Boeing, and months later, the carriers are still waiting for a fix.
After a second 737 Max crashed, on Sunday in Ethiopia, United States regulators said the software update would be ready by April.
Last edited by garry on 15 Mar 2019, 02:45, edited 13 times in total.
Top

Also, what's that W logo you have for an avatar?? I feel like I've seen it somewhere else before, or maybe something similar at least... :b 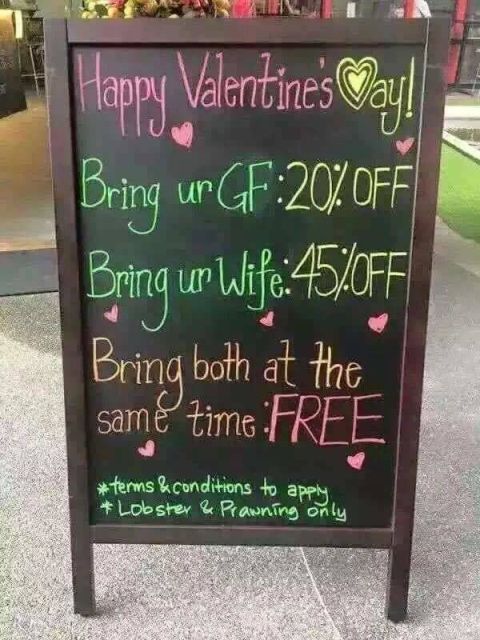 Funny video clip starting at 8 minutes in. What does ____ spell?
https://www.youtube.com/watch?v=xBRDfcR26_M#t=8m
homepage | tutorials | wish list | fun threads | donate
WARNING: copy your posts/messages before hitting Submit as you may lose them due to CAPTCHA
Top

Well this was imminent...
AI generates fake faces on website jazzy beats from freeCodeCamp.org
https://www.youtube.com/watch?v=vAKtNV8KcWg
github>g_IntelliSense + next improvements + forum
ahk..org>onlineAHKprettyfy, ahk..com>Refactoring
ahk..com>newposts Unanswrd myposts, Donations are appreciated if I could help you
WARNING: copy your posts/messages before hitting Submit as you may lose them due to CAPTCHA
Top there must be math for this

all hail lasers shot into eyes

Users browsing this forum: No registered users and 11 guests