There's a new clock in town - just click it :
Spoiler

Remember to use [code]CODE[/code]-tags for your multi-line scripts. Stay safe, stay inside, and remember washing your hands for 20 sec !
Top

By the late 1800s, large cities all around the world were “drowning in horse manure”.
In order for these cities to function, they were dependent on thousands of horses for the transport of both people and goods.
In 1900, there were over 11,000 hansom cabs on the streets of London alone.
There were also several thousand horse-drawn buses,each needing 12 horses per day,
making a staggering total of over 50,000 horses transporting people around the city each day.

The streets of London were beginning to poison its people.

But this wasn’t just a British crisis: New York had a population of 100,000 horses producing around 2.5m pounds of manure a day.
This problem came to a head when in 1894, The Times newspaper predicted… “In 50 years, every street in London will be buried under nine feet of manure.”
This became known as the ‘Great Horse Manure Crisis of 1894’.
The terrible situation was debated in 1898 at the world’s first international urban planning conference in New York, but no solution could be found.
It seemed urban civilisation was doomed.
However, necessity is the mother of invention, and the invention in this case was that of motor transport.
Henry Ford came up with a process of building motor cars at affordable prices.
Electric trams and motor buses appeared on the streets, replacing the horse-drawn buses.
By 1912, this seemingly insurmountable problem had been resolved; in cities all around the globe,
horses had been replaced and now motorised vehicles were the main source of transport and carriage.

The London Beer Flood of 1814
On Monday 17th October 1814, a terrible disaster claimed the lives of at least 8 people in St Giles, London.
A bizarre industrial accident resulted in the release of a beer tsunami onto the streets around Tottenham Court Road.

Lurking around the back of the world famous Savoy lies an ingenious – if not slightly nauseating – piece of Victorian engineering; London’s last remaining sewage lamp.
The Webb Patent Sewer Gas Lamp was invented in the late 19th century by the Birmingham inventor Joseph Webb. In London the lamps were used for two main reasons;
firstly to burn off the smells and germs from London’s sewer system, and secondly as a low cost, low maintenance way to keep London lit up at night.
Last edited by garry on 18 May 2020, 16:20, edited 1 time in total.
Top

Fascinating stuff. Thanks for sharing.
Top

More into the Olympics?

Remember to use [code]CODE[/code]-tags for your multi-line scripts. Stay safe, stay inside, and remember washing your hands for 20 sec !
Top

https://en.wikipedia.org/wiki/Comparison_of_GUI_testing_tools
Has AutoIt but not AHK....

Seems like AHK should regularly appear on such lists based on its merits, so it's probably due to a lack of publicity that it is often not mentioned. I don't know if the AutoHotkey Foundation has or ever has had plans to do some PR, but perhaps there are ways to help get AHK's name out there. I realize the foundation members are all volunteers, and there are probably not any significant funds to work with. Maybe people would contribute dollars/time to an effort to help promote it if a thread regarding a funding drive were created. I would support such an effort. Not trying to create work for anyone and I definitely don't expect anyone to do more than they are already doing to keep everything going. Just throwing the thought out there.

(as an aside, the way I was able to add @joedf as a mention from the Digi Orange theme was by manually typing the mention tags)
Top

Yes, agreed. The was the merch idea floating around... :/

@mention Also I am currently testing this now. It seems the search only starts at 8 characters...

That explains why it showed up when I typed gregster's full name but not at all with your name.

Thanks for working on this! Much appreciated.
Top

My Scripts and Functions
Top

I got then back in April but I just now opened it. Though I would share. I apologize if it is a dup.

This thing is far from over. Everybody be safe out there.
Top 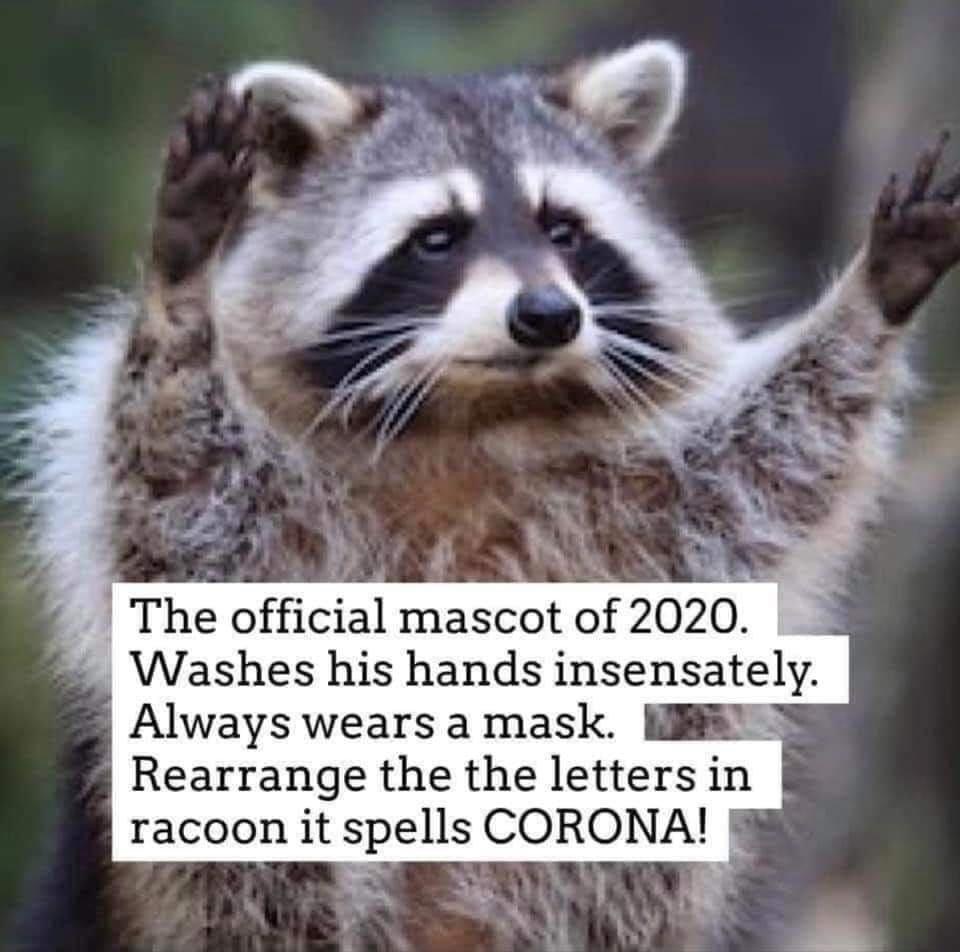 My Scripts and Functions
Top

I hate to be that guy, but raccoon has two c's.

it's not wrong with one:

I'll have another Corona.

At least I am pretty sure incessantly can't be spelled that way.

Users browsing this forum: No registered users and 3 guests