I just stepped outside for a smoke a few mins ago and saw a long line of lights (50-ish) all traveling in the same direction in a straight line and all with the same apparent brightness. They weren't evenly spaced but did appear to be moving at the same speed, with no apparent sound (a bit hard to tell if there was "any" sound due to the sound of cars on a nearby highway (401)).

This happened at aprox. 4:30 AM EST viewed passing almost directly over head (slightly north of my position) in the city of Toronto Canada.

If anyone finds out any info about this I would love to hear it cause I have never seen anything like it before! 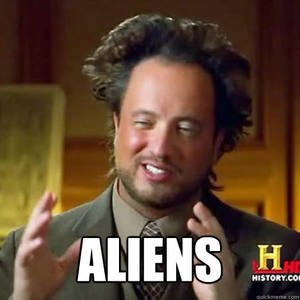 "What is suitable automation? Whatever saves your day for the greater matters."
Barcoder - Create QR Codes and other Barcodes using only Autohotkey !!
Archmage Gray - A fantasy shooter game fully coded in AutoHotkey
Top

I found this comment on a youtube video that sums up my experience to a tee (minus the location part of course).


A few weeks ago I was in a semi remote part of South Australia. Having no pre warning of the magnitude of the starlink operation the spectacle of it actually terrified me.

It was so alarmingly bright and uniform that I wasn't sure exactly what I was looking at. Thoughts of atomic warfare or alien invasion were not so easy to dismiss when confronted with this awe inspiring event. I counted at least 50 and the night sky was completely split it two by the impressive trail.

It's something I'll never forget.


The thing is, I knew about starlink and had even watched one of the launches a few months ago and noticed that spaceX had been streaming frequently lately, but had forgotten all about it since then. Even when I had been following it, I really had no idea what it would have been like to see them flying across brighter than any star in the sky. My first thought was of Shoemaker–Levy 9 and had my flight instincts start to kick in, thoughts of ducking, running inside, kissing my ass goodbye all crossed my mind. After about a second I realized that they were all about the same size and travelling at a constant velocity and understood that it wasn't a asteroid or the like.

It was a awe inspiring experience that I will never forget.
Top
Post Reply
4 posts • Page 1 of 1