Came across Visual Studio Code the other day

I found that somebody forked the PHP Debugger extension by Felix Becker and got it to work with AHK. It can be found here - https://github.com/pgross41/vscode-php-debug/tree/ahk-conversion. It isn't published to the extension marketplace but hopefully it might be soon.

You can clone the repository and switch to the ahk-conversion branch. Then within VSCode, install the extension from VSIX and select the ahk-debug-0.0.1-development.vsix file from the repository. It didn't work super well with AHKv2a101 but seems to work better with a104.
Top

Does anyone know how to make use of the "Output" window in VS Code?

When I run such code:
OutputDebug Hello World
I expect it appears at the panel "Output" in VS Code, but it doesn't happen.
I use third party application "DebugView" to debug AHK-scripts using OutputDebug function.
It works well but it's not so convenient because:
1. It shows outputs of all applications running (not only current ahk-script).
2. DebugView is another application (another window) and I would like to work in one IDE and watch in one place, right below the code.

I'm used to doing without Debugger (OutputDebug is enough for me).
I know some persons work on AHK debugger for VS Code and I think it will appear sooner or later inevitably because of high VS Code popularity.
But for now, we have no one 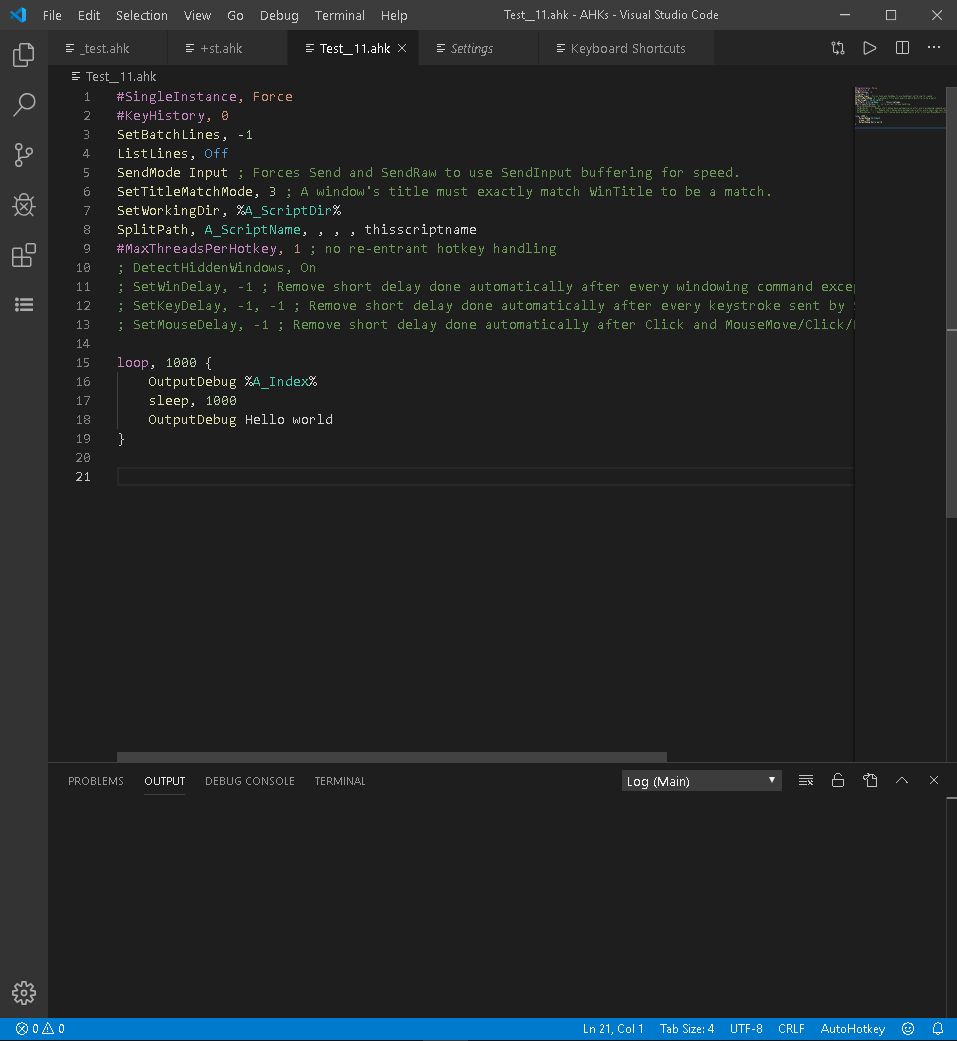 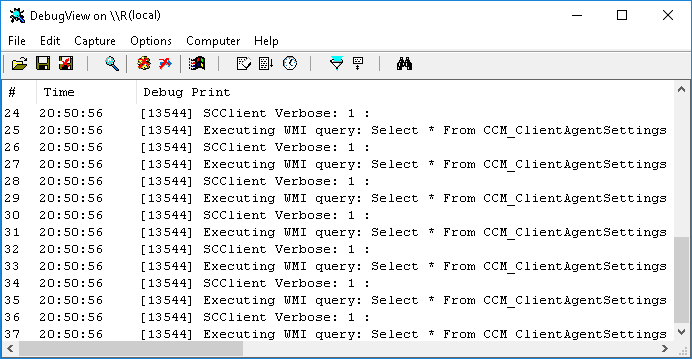 Focusing our efforts on non-productive and non-creative endeavours wastes lives as surely as war.
Jacque Fresco / The best that money can't buy
Top

Writing to the output tab should usually be done via writing to STDOUT from your application. Within AHK you write to STDOUT using FileAppend

Unfortunately there seems to be a few problems with catching stdout from VSCode .... (see for example: process.stdout.write calls don't show in the console from node2 debug sessions) - so this obviously does not work at the moment.

* I would recommend using DebugView++ instead of DbgView.exe - this has several advantages, for example highlighting OutputLines due to several user definable criteria (for example: Show all lines containing "ERROR" with red background ....)
* To avoid showing up messages from all running applications you should set a filter in DebugView++, which filters all messages except the ones you want to see (for example based on process name)
Top
Post Reply
24 posts

Users browsing this forum: No registered users and 5 guests