I've been using Lenovo ThinkPad Keyboards for a while now, and lately I've been feeling like: 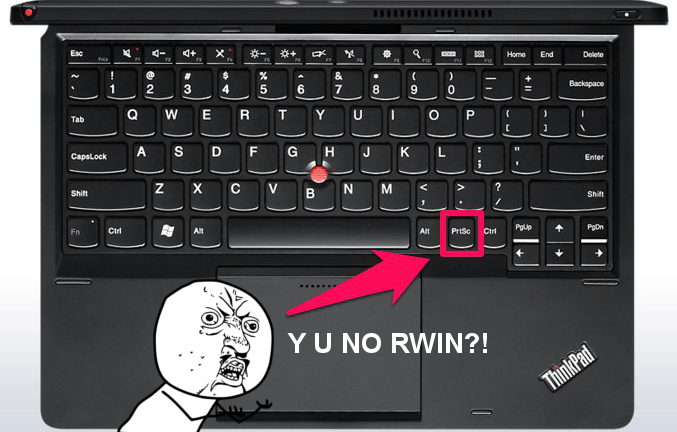 I use a ton of (native) hotkeys for SublimeText & other apps, and it's super useful to have a full set of modifiers on each side ( 2X hotkey combinations ftw! ).

So I wrote a script which does the following:
Instead of Windows' native PrintScreen function, I used Windows Snipping Tool and Skitch.

[1]
I used Snipping Tool in place of Skitch's clip function, because Snipping Tool loads faster & has a nicer overlay during clipping.

[2]
Thanks @lexicos for help with the RWin passthrough function

Users browsing this forum: No registered users and 19 guests